So, 2016…did that actually happen? Was it as insane as I think it was? Was anyone else getting a slight feeling of concern every time we opened a news app or flicked the radio on, not wanting to hear of another death, or attack somewhere in the world, or indeed a political upheaval of such ridiculous proportions? No? Oh good, not just me then! I don’t tend to get sentimental about celebrities when they die – not because I don’t care that someone lost a friend and relative but because I don’t know them and didn’t share in the their lives. I don’t get celebrity crushes, not even as a teenager so the outpouring of public grief is somewhat of a mystery to me – but then each to their own.

I was more upset by the Brexit vote result, downright furious. We walked down to the polling station on the night of the vote, I was hopeful. Surely people would understand the enormity of the event and would vote sensibly? Clearly not; when I found out the result the next morning, I cried. I took myself off to see a friend for a stomp round the lake and a restorative cup of tea and a bacon sandwich. We mirrored each others expressions of shock and sadness and utter incomprehension that something so dramatic could have ever come to pass. When the US voted for their new president, the first words out my mouth when I found out were “Oh fuck”. There are those that say that I have no right to be worried and upset by the (in my opinion) horrifying result – after all, I’m not a US citizen and I’ll probably never live in the US as one of its citizens. My response is always the same though; it will affect all of us, no matter where we are.

This year has been a bit of a rollercoaster for us. Studying so hard I gave myself headaches for a chance at pursuing a dream I’d kept secret for the last 13 years only to be told at the 11th hour that I wasn’t making the cut. The sting of rejection was painful and there were many tears and angry, sobbing phone calls to my parents explaining why I wasn’t going to university in September. I passed my Access Course with Distinction and after the anger and pain subsided, my husband hit upon a fact I’d failed to see. The course was always going to be a practical exercise to get to university but it also turned out to be way of removing a rather large chip from my shoulder. I was never very academic in school and even less so at university the first time. I had grown up feeling average in my achievements. Working as hard as I did and getting the grades time and again proved that I am intelligent. I can work hard and get excellent marks and that I’m capable of such things; in short, I’m not stupid.

Redundancy after working bloody hard and feeling like I was a valued member of team only to be told I was expendable. If anything, the redundancy was a wake up call; alongside finding out who real friends are. I don’t recommend my reaction in the HR meeting (think Hulk, only less green and huge but equally full of rage) however, I did realise that losing one’s shit is a great precursor to writing a great application for a new job. Taking a chance on a job and realising that it fulfils my need to do more than move figures around on a spreadsheet to make shareholder happy has opened my eyes in a way that staying at the old job would never have done. 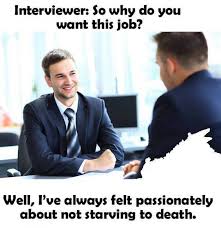 Having said that, I wouldn’t recommend my method of becoming memorable at the new job. Too many words have been used on the ankle of doom so I’ll be brief here. Look where you’re going. It’s healing well and that chapter is in its final pages, never to be re-opened (I hope). I’ll be making up for lost time and going to all the places we had to avoid and I’ll be very careful. I promise.

The new year is just around the bend, with it comes hope. Hope for new adventures, new ventures and new experiences. Some of my resolutions from the start of the year have happened, others will need more work – whether you make them or not, may you have a happy, prosperous and ultimately less dramatic year than 2016.