I have a headache. One of those behind the eyes, make you feel slightly sick headaches that lingers for days despite necking more painkillers than is sensible but less than is actually dangerous. I know the cause of my brain ache, or rather causes. Partly, it is a distinct lack of tea and too much squinting at the screen at work (note to self: get your flipping eyes tested) and partly due to my 2 week fall off the gluten/wheat free wagon. It started when I was on holiday from work – driving to my parents and not packing any GF food for the drive down landed me face first in a chicken and bacon sandwich. I paid dearly for that one and then continued paying for it during last week and the drive back home. My fall was made worse by the vomit inducing migraine last Thursday and the residual headache has never really gone away.

That smile is a grimace…before she vomits

This week was always going to be a tough one, gastronomically speaking. I managed to convince my GP to agree to a blood test to see whether I had any thing in my blood that could point to issues with wheat/gluten. After rolling his eyes at me and waffling for 15 minutes about his graduate days, his kids and how everyone these days thinks they have a food allergy he booked me in. The test will look for inflammatory markers to indicate something being “fought”, will test my blood reaction to latex fruits, my gluten antibodies and a full blood count including iron levels. The only down side to this (and I never thought I would say this) is that I would have to eat wheat/gluten in the week leading up to the test otherwise it wouldn’t show anything. At first I thought it was a nice little reprieve from my GF diet. And then I remembered how I felt before and my body started rebelling as soon as I started on the wheat based food. 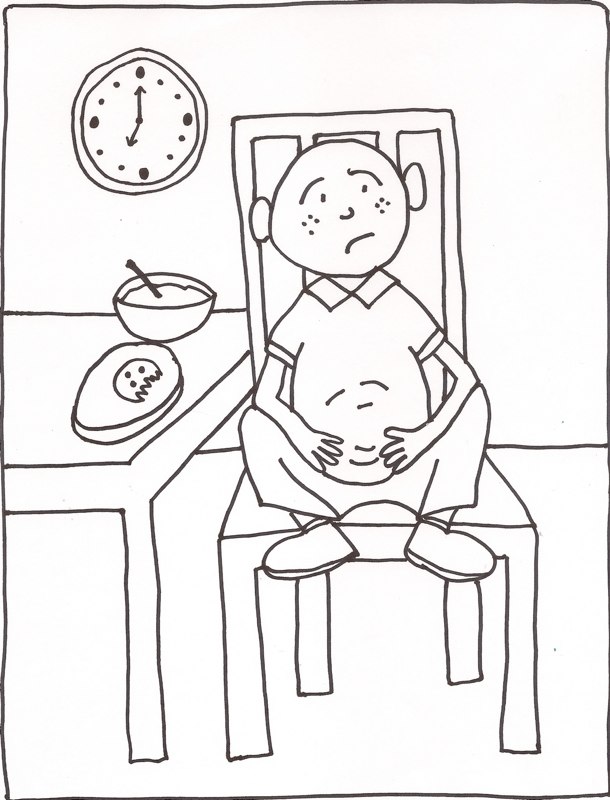 Not only have I had the aforementioned headaches, I’m shattered in a way I’ve not been since stopping eating wheat, I’m bloated again, my skin has gone a bit bonkers and I’m more windy than before, not to mention my lower intestines are less than impressed with me. In short, it isn’t fun. Yes, I inhaled some fresh pasta and it tasted awesome but I was hungry again about an hour later. The couple of sandwiches I’ve had have been delicious on soft, granary chewy baguette. I’ve had onion rings and lemon tart. And all the time I’ve felt less than healthy and “well”. One of the worst side effects is the tiredness. It’s a known fact that those with a wheat or gluten sensitivity tend to feel sleepy after eating wheat and I had forgotten about that bit…by 2pm I was fighting to keep my eyes open at my laptop and had started to get the sugar cravings that had also disappeared since I stopped eating wheat. I promptly ate a piece of rocky road…and felt perked up for a bit and then crashed again. 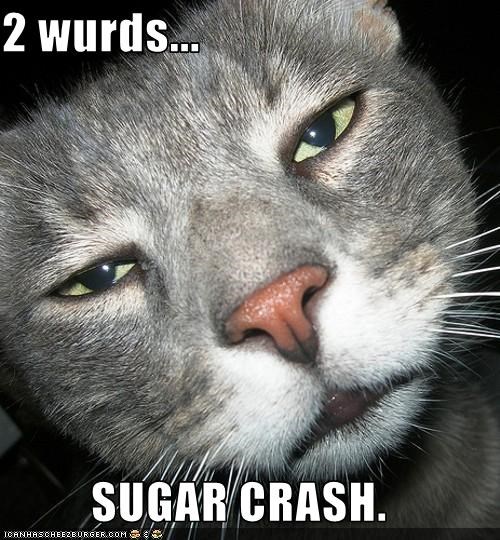 That would be the face I pull at about 3pm

The rise and fall of my blood sugar has been more noticeable. I get grouchy and shaky far quicker when I’m eating wheat and my food range is bizarrely more limited that without wheat. I have eaten less veg than I was and I’m getting the carb cravings back again not to mention I have a permanent “sweet” taste in my mouth – whether that is wheat or actual sugar I don’t know. I hadn’t noticed that it had disappeared while I was GF. On the whole, the experiment has produced some excellent anecdotal evidence for my own research purposes. I never went into the wheat/GF phase thinking I would come out of it not wanting to eat anything else with wheat in it. I thought I would jump right back into the wheat world and give my stomach another couple of years of pain. On the contrary, when the blood is taken I’m off wheat again. I almost don’t care what the results say – my own state of being is a bigger indication of how wheat seems to affect me that what is printed on a lab report.

There are some things I miss and I would be lying if I said otherwise. Breakfast pastries are the main one and one that will be very hard to resist when we are in Paris later this year. Will I end up eating one or 2? Possibly and I’ll pay dearly for it. Some would say I’m an idiot and I would probably agree with them. However, it may be that I don’t crumble at the first sign of flaky pastry – unlikely but stranger things have happened. Until Friday, I am continuing my slow burn on the bread…only 36 hours to go.