I have been having a bit of a Twitter round-up of late, mainly of fabulously spunky women (yes, I used the word spunky…I like it) who are writing fab things about their lives, their loves, their kids and also general day-to-day ramblings. Occasionally I stumble on some brilliant guys floating about the Twitterverse but mainly, its women who draw my attention. You may say it’s because I am a woman, or that having previously had relationships with women means I’m more likely to follow women, but to that I say pish. And bobbins. It is for a reason far more bonkers than that. I’m jealous. There, I said it. I am a fully out member of the frustrated writer brigade, hence why I blog so sporadically and badly. 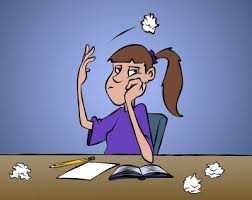 Yes – that would be me…sort of

If I had my way, I’d be able to give up work and write full-time for anyone who decided they loved my writing so much they would commission me to write for them all the time. And then there would be the free stuff to review and I could wax lyrical about the stuff I like and give valid constructive feedback (i.e. negative) about the stuff I’m less than impressed with – you know, like the OTHER bloggers do. I’ll admit, there are certain things I would love to review that I really have no need for yet, mainly baby related. Things like slings, carriers and the like, child safe paints – all the good stuff my pre-parent idealist head is gearing up for but of which I have no use for right this very minute. Although, if someone out there has a decent product to prevent me thinking about babies every bloody second of the day I’d be first in line to give that one a whirl.

Mainly though, I love to write. I loved English lit at school, I would devour books in one sitting, losing days to a trilogy or series. My mother would despair of my antisocial nature when I would prefer to hide away with a book. She also despaired that I appeared to love reading, as she so eloquently would put it, shit. Sweet Valley High, Judy Blume, almost all of the Point series (Point Horror anyone) and various other pre-teen and teenage aimed books. But within those, I also read Shakespeare plays for fun, would argue with my dad over the Telegraph in the evenings (please don’t hold that against me), loved ripping Mansfield Park apart in essays at school, would delineate books with pen underlining passages where I found common themes and the like. So why then did I not pursue English lit at university level? Quite simply, I’m not good enough…and I cannot afford to be a starving, struggling writer.

I was a reluctant Twitter follower but I’m glad that the party is a never-ending one – it doesn’t care how late you are as long as you join in. Connecting with people through Twitter and finding their blogs has been fun but also it allows me to indulge in my rather bizarre pseudo jealous thought pattern. I say pseudo jealous because I’m not the true jealous type. I admire anyone who can write, far more people who write about something they care passionately about, whether it is their kids, their parenting style, their job, hobby or even just a bit of social commentary. Exchanging admiration with the Twitter people and finding out what makes them tick, how they live, love, parent, scold, laugh, cry, overcome horrible events and dust themselves off is an extension of the “real” world. I would love to think that should I ever (and its doubtful it would ever happen) meet anyone I follow and converse with on Twitter and follow their writing, we could sit down with cake and brew and have a damn good natter – just we do in 140 characters.

As a thank you to the bloggers and Tweeters that I have stumbled upon, I thought I’d share them here – and hope they aren’t too cross I am. They all write with their own unique style and story. Some make my heart break, others I am strangely proud of for overcoming a fair amount of crap, some I howl with laughter and wish they lived next door to me. The list isn’t exhaustive, these are the people who have touched me for one reason or another.

@Janey_uk – http://www.inadifferentvoice.co.uk/blog/about-2/ –Mum of 3 (with a set of twins), fab feminist writings, beautifully written. I imagine to be fab in a crisis, like being locked out the house with the toddler still inside…not that I have ever done that. Ahem.

@bubbles3565 – http://singlemotherahoy.blogspot.co.uk/ – This woman, she is awesome. Anything I say here won’t do her justice. To say she is a phoenix is an understatement. Read her blog…follow her on Twitter…be inspired and be pretty impressed.

@daphne_80 – http://daphne80.wordpress.com/ – one of the “spunky” ones I was telling you about. While I currently thrash out my own mental health issues, Lucy is pretty much putting me to shame. Thanks for the kind words hon…it will get better, honest. Just keep swimming 🙂

@Eliza_Do_Lots – http://www.elizadolots.com/ – This is the blog that inspired this post. Just fabby! I would say more…but its better to see for yourself.

@MoreUtterPiffle – http://pleasesendchocolateuk.blogspot.co.uk/  As I call her, my Twitter Mum. And she is an actual mum. And she likes cake. And her cat. We twitter kiss on occasion (no tongues).

@helenfawkesUK – http://helenfawkes.wordpress.com/ Can someone PLEASE give this woman her own superhero suit/name/ride at Disney? Not only is she a high flying Beeb journo, but she has battled sodding (sorry Helen, but it needs slightly stronger language than the Beeb allows), bastarding, tossing ovarian cancer TWICE. And she rocks.

@JustMeWith  – http://justmewith.com/From across the Atlantic, a woman I would LOVE to have coffee and donuts with, mainly so she can show me her Baby Denzell that occasionally pops up…mmmmm Denzell….I digress. As she says, picture Claire Huxtable, only Cliff walked out. And without the money. But with the sass, the humour and the awesome attitude.

And finally, although only because I’m adding to the list as I think of them and not because he is the only chap to feature:

@_Womanology_ – http://www.womanology.co.uk This blog…well. Read it. One chap, attempting to work out women. I admire him a stupid amount, because even though I am a woman and I’ve spent 10 years in relationships with women, I am no closer to understanding them. At all. Ever. So, Andy, if you ever work it out, please cut me in on the secret.

Now, go, walk out the door…oh no, wrong line. Have a gander at the blogs, follow them on Twitter if they tickle your fancy. I’ll keep trying to write – this lot have nothing to worry about though.

3 responses to “With a little help from my “friends”…”

Leave a Reply to The reawakening at 28 Cancel reply